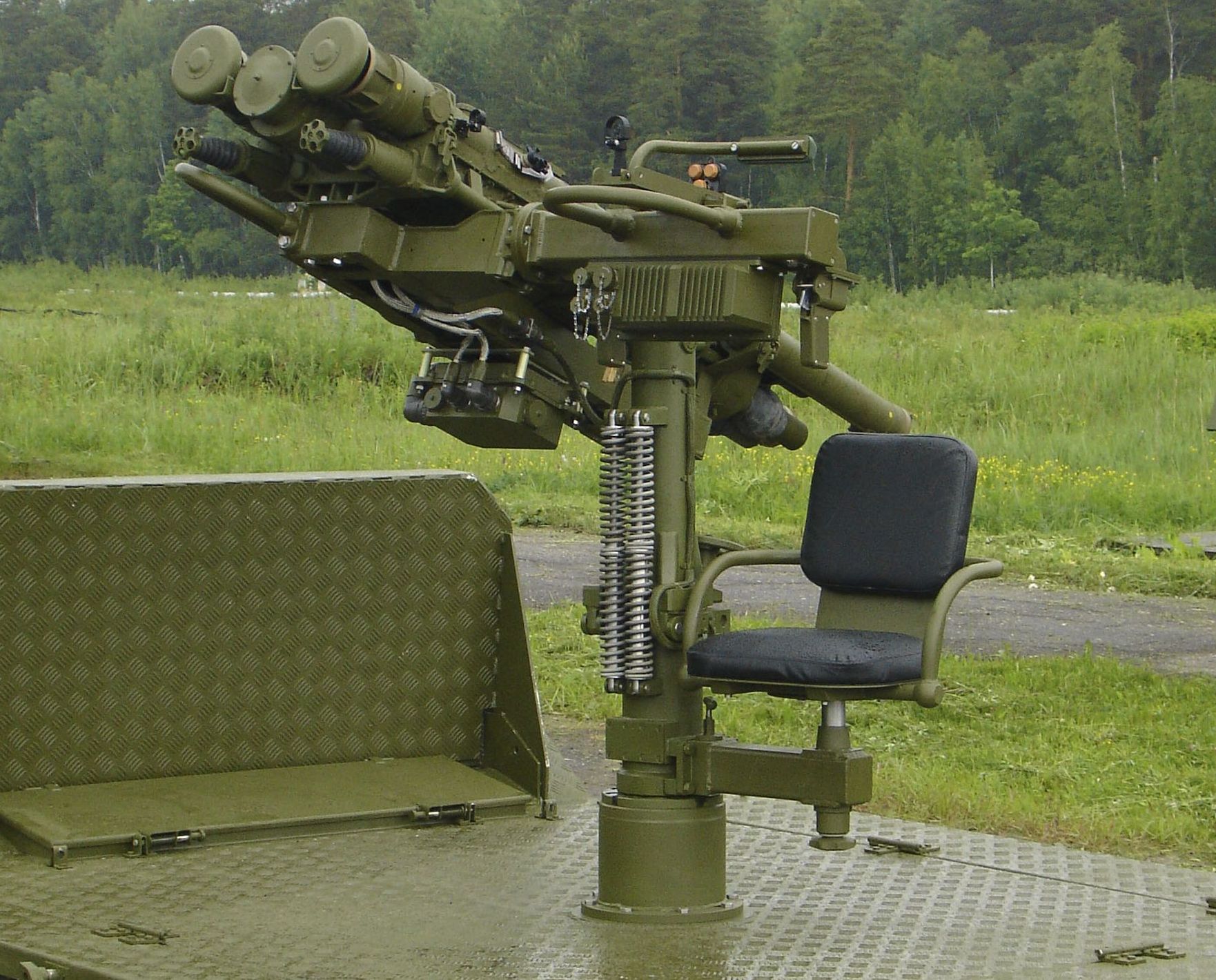 The set of carrier equipment (SCE) is intended for installation of a 9S846 Strelets SEM on a launch platform to guide and fire missiles. The base plate of the rotating mount protects the carrier's components from a launched missile's exhausts; the system is designed as a load-bearing frame with a floor for the operator to stand on. The base plate is fastened to the load-bearing frame thus forming space to accommodate two standard missile containers and the power supply system.

Any means of transportation (vehicle, APC, etc.) with carrying capacity exceeding 700kg can be used as a SCE carrier.