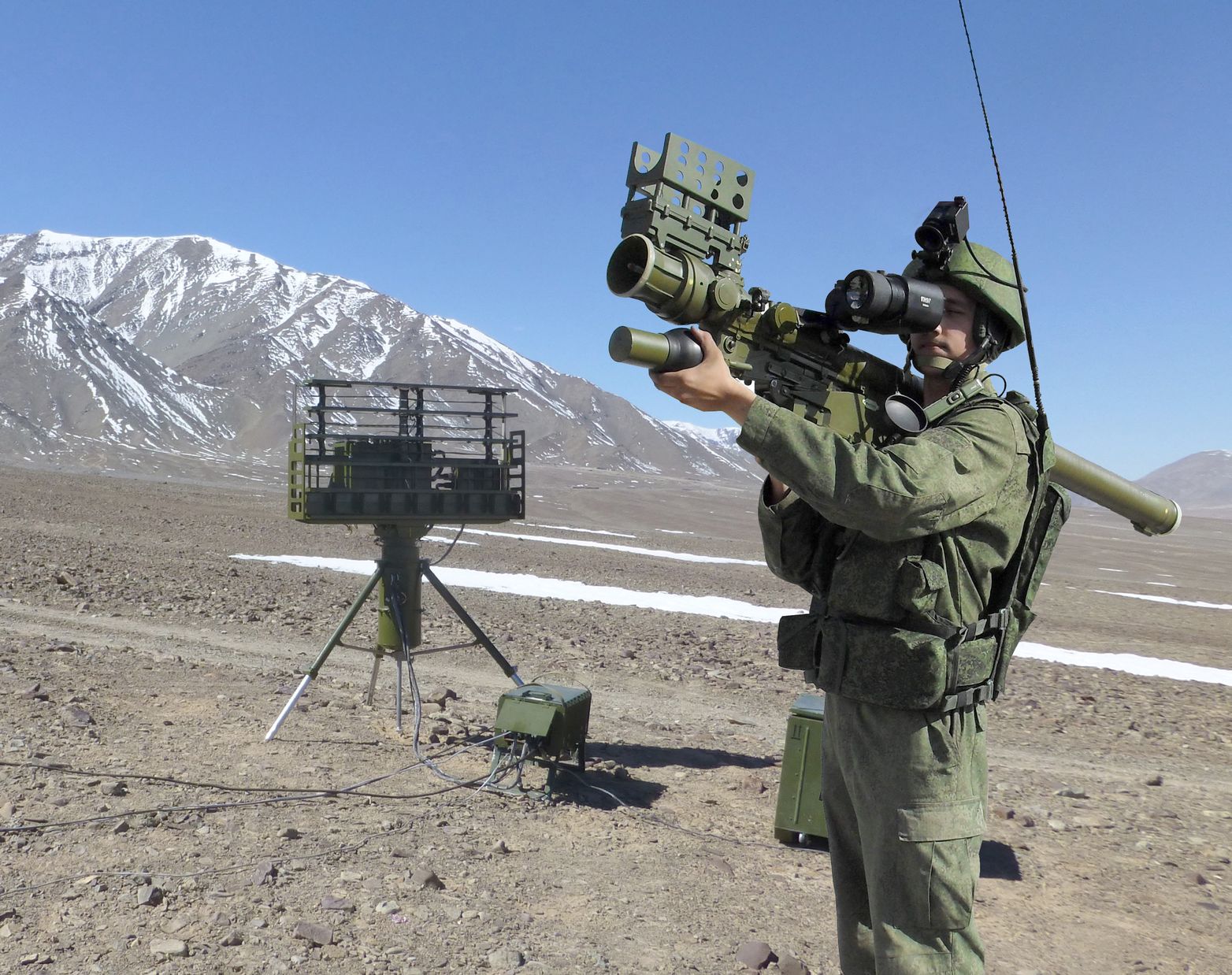 The 9K333 Verba MANPADS is designed to defeat approaching

and receding fixed-wing and rotary-wing aircraft,

and by night when the target is visually observed.

The system can be operated in any natural regions,

including mountains and maritime areas, at temperatures

- the new Verba MANPADS outperforms earlier-generation systems by 1.5 to 2 times, particularly at distances in excess of 3km;

- the counter-countermeasure capability against powerful pyrotechnical decoys is 10 times as high;

- the engagement envelope for targets with a low thermal emission is expanded by 2.5 times due to increased sensitivity of the missile's seeker;

- the new Verba MANPADS can be used more effectively in the air defence system to counter UAVs and other IR-low-signature targets;

- the ground-based IFF interrogator is re-established as the system component;

- the operational temperature range is extended to minus 50° C;

- the combat equipment weight is reduced as compared to the predecessor, Igla-S MANPADS;

- the Verba MANPADS missile can be used not only for firing from shoulder but also as a standardized interservice weapon system to engage air targets from various ground-, air-, and sea-based platforms.

The Verba MANPADS is a successor to the Igla-S MANPADS with better performance and legacy advantages:

- shoulder launch by an individual operator;

- easy operation at aiming and firing;

Training aids are consolidated as an all-in-one 9F879 training system, including:

The Verba MANPADS can be equipped with target detection, recognition, designation, and cuing means to improve its combat efficiency.