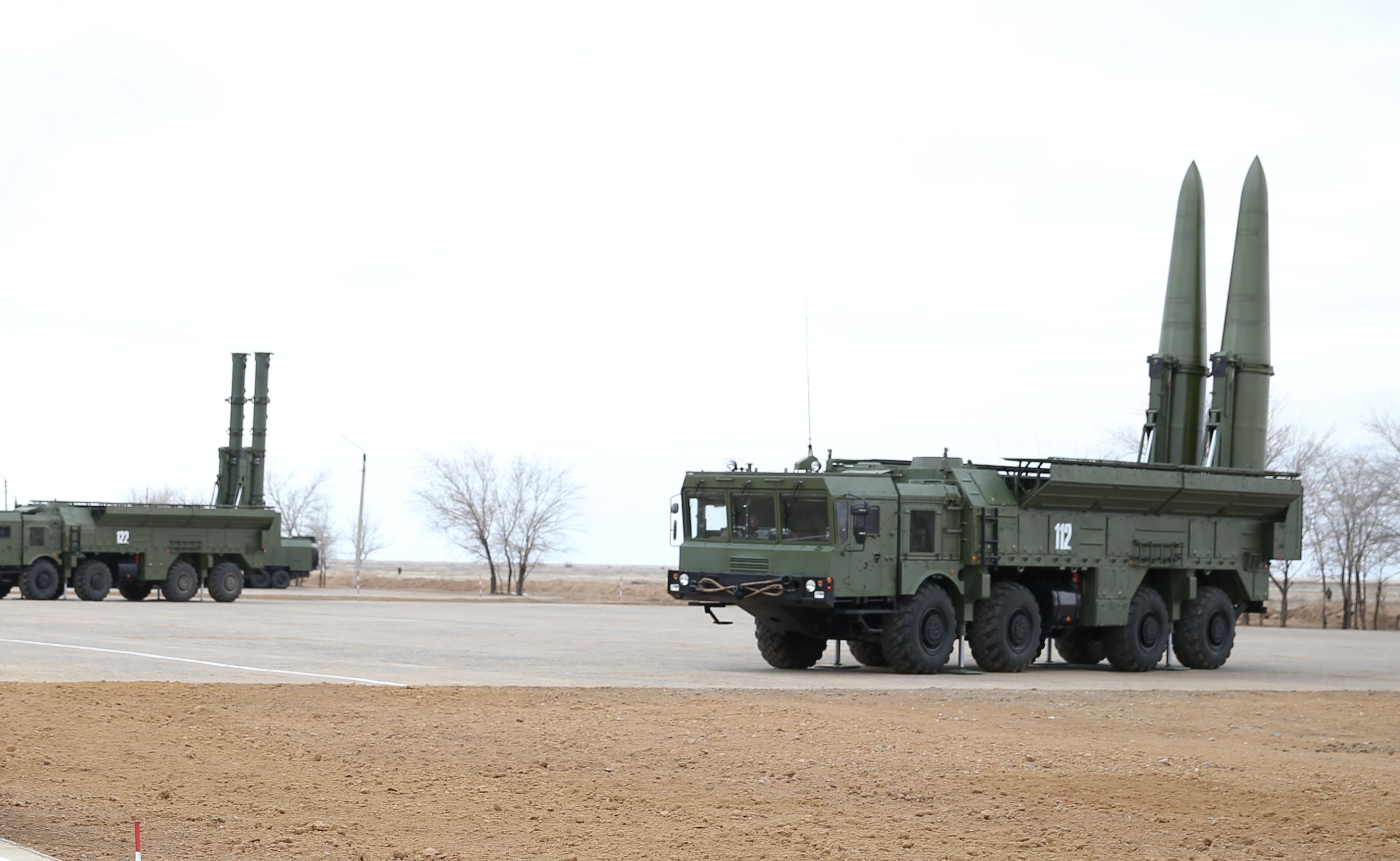 During the exercise the missile crews performed a cross-country march to the assigned area as part of their organic units negotiating natural and man-made obstacles with evaluation of some time-related requirements for march units.

Having arrived at the test range, the Iskander-M SRBM crews got into position and passed time-domain requirements for deployment the system into combat-ready position. At all stages of the exercise the missile crews operated on the condition of acting red-forces commandos.

At the final stage the crews received target data and carried out simulated launches of missiles at red-forces command posts. Objective measurement means confirmed that all intended targets were successfully destroyed.

The exercise included about 100 servicemen and about 10 pieces of combat and auxilary materiel.

The training in operational availability of missile and artillery forces of the Western military district is a scheduled exercise.