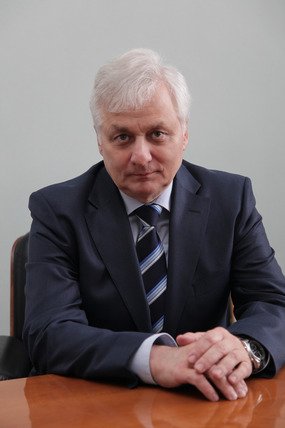 In 1971 Valery M. Kashin graduated with honours from the Bauman MSTU majoring in Production of aerial vehicles. He continued his studies as a postgraduate at the Bauman MSTU. In April 1974, upon completion of the postgraduate studies he moved to Kolomna to be employed at KBM. He started as a design engineer then was promoted consecutively to sector head, laboratory head, department deputy head, department head chief, First Deputy Chief Designer. In 2005 he became KBM Head and Chief Designer and then General Designer.

Record of scientific service by Valery M. Kashin counts more than 40 years. During this period of time he personally or as a co-author issued more than 150 scientific papers including 4 treatises, more than 80 publications, 7 methodical manuals, he obtained 58 certificates of and patents for invention.

Valery M. Kashin is Russia's leading expert in high-precision weapon systems. He directly participated in or was in charge of development of  a series of high-precision armament excelling their international counterparts:

For the last decade, KBM under the leadership of Valery M. Kashin developed more than 20 high-precision weapon systems and their versions which successfully passed state trials and are now in full-scale production.

In the framework of implementation of federal target programs, KBM introduces latest advanced technologies in the field of computer-based research, development, manufacture, and tests of articles and their subsystems.

Valery M. Kashin's theoretical achievements are recognized by research and scientific entities of the Russian MoD, his scientific ideas and practical recommendations have been implemented in the development of new high-precision weapon systems.

Valery M. Kashin is a person of scientific, research and military sophistication. He contributes to leading scientific periodicals, is a member of editorial boards of such scientific and technical papers as «Oboronnaya tekhnika» (Defence equipment), «Voprosy oboronnoy tekhniki» (Defense equipment issues), member of editorial council of scientific and technical magazines «Boyepripasy i spetskhimiya» (Ammunition and special-purpose chemicals) and «Boyepripasy i vysokoenergeticheskiye kondensirovannyye systemy» (Ammunition and energetic condensed materials), Herald of RF MPC STC.

Valery M. Kashin's scientific and production work is honoured with many state awards and titles.