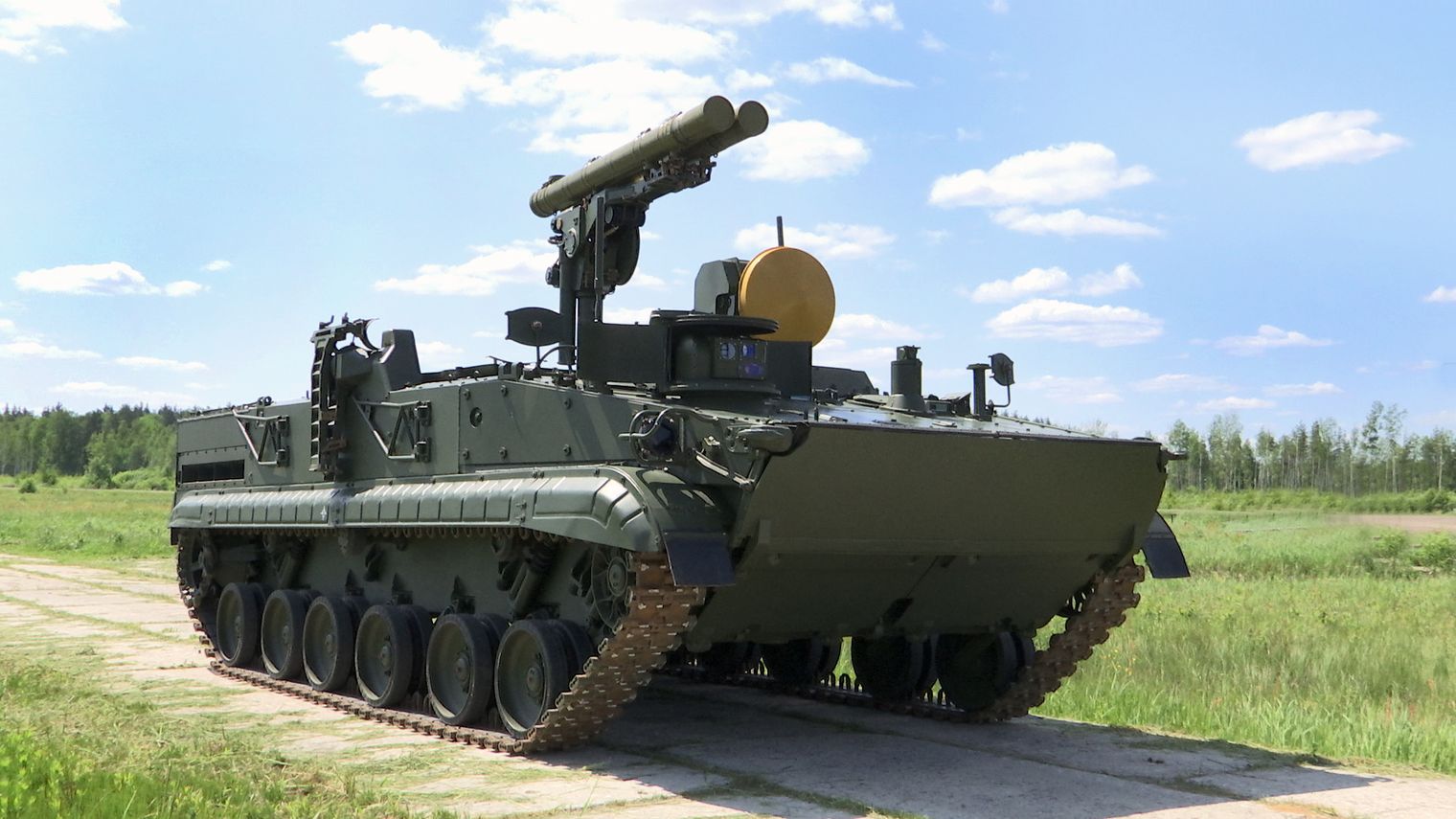 The state trials of the all-weather 9P157 Khrizantema-SATGW combat vehicle were finished in September 2016.

The developmental work according to Russia's MoD design specifications had been carried out from 2014 to improve performance of the system by enabling it to detect and recognize threats (including non-radiocontrast ones) and guide missiles in this environment as well as with the purpose of integrating the combat vehicle within the framework of an automated battlefield management system for antitank forces. AO NPK KBM was nominated the main contractor for the work.

The Khrizantema-S ATGW self-propelled system fielded by the Russian Army since 2005 remains the only weapon system of this category in the world capable of defeating main battle tanks and other armoured combat vehicles when the threat is not optically seen. No company in the world was able to implement an mm-wave radar detection and homing system controlling and guiding the missile through any battlefield obscurants be it dust, smoke,  haze, rain or snow.

In addition to the radar channel, the initially fielded combat vehicle was outfitted with the second, laser-beam riding, control and guidance channel coupled with a daytime optical sight.

The upgraded version replaced the daytime sight with a more advanced imaging infrared and television (IIR/TV) sight featuring enhanced capabilities in terms of target detection and recognition ranges. The new sight ensures system operation in the night and in low light-level conditions. The IIR/TV sight comes complete with a laser range finder to ensure high precision at target ranging and automatic missile's trajectory profiling. To increase the level of stealthiness in use of the laser beam-riding channel, the control system initially forces the missile's trajectory above line of sight and descends the missile to the line of sight just near the target.

The conducted trials of the new sight developed by OAO Peleng JSC (city of Minsk, Belorussia) in compliance with the requirements specification issued by AO NPK KBM demonstrated its high reliability and targeting precision as compared with its predecessor.

Yet another essencial novelty intended to improve combat efficiency of the Khrizantema-S ATGW self-propelled system was introduction of an automated battlefield management equipment set (ABMES) for antitank forces. Thus upgraded 9P157 combat vehicle is provided with advanced communications means, a combined − inertial and satellite-based − navigation and orientation system, a terminal for receiving targeting data from the battery commander's vehicle, their automatic processing, displaying tactical data on a digital map, receiving combat orders and instructions. The ABMES was developed by AO NTTS Rubin JSC (city of Penza).

The upgraded combat vehicle is included into the next 5-year state defence order plan, whereas its deliveries to the user are scheduled to start this year.