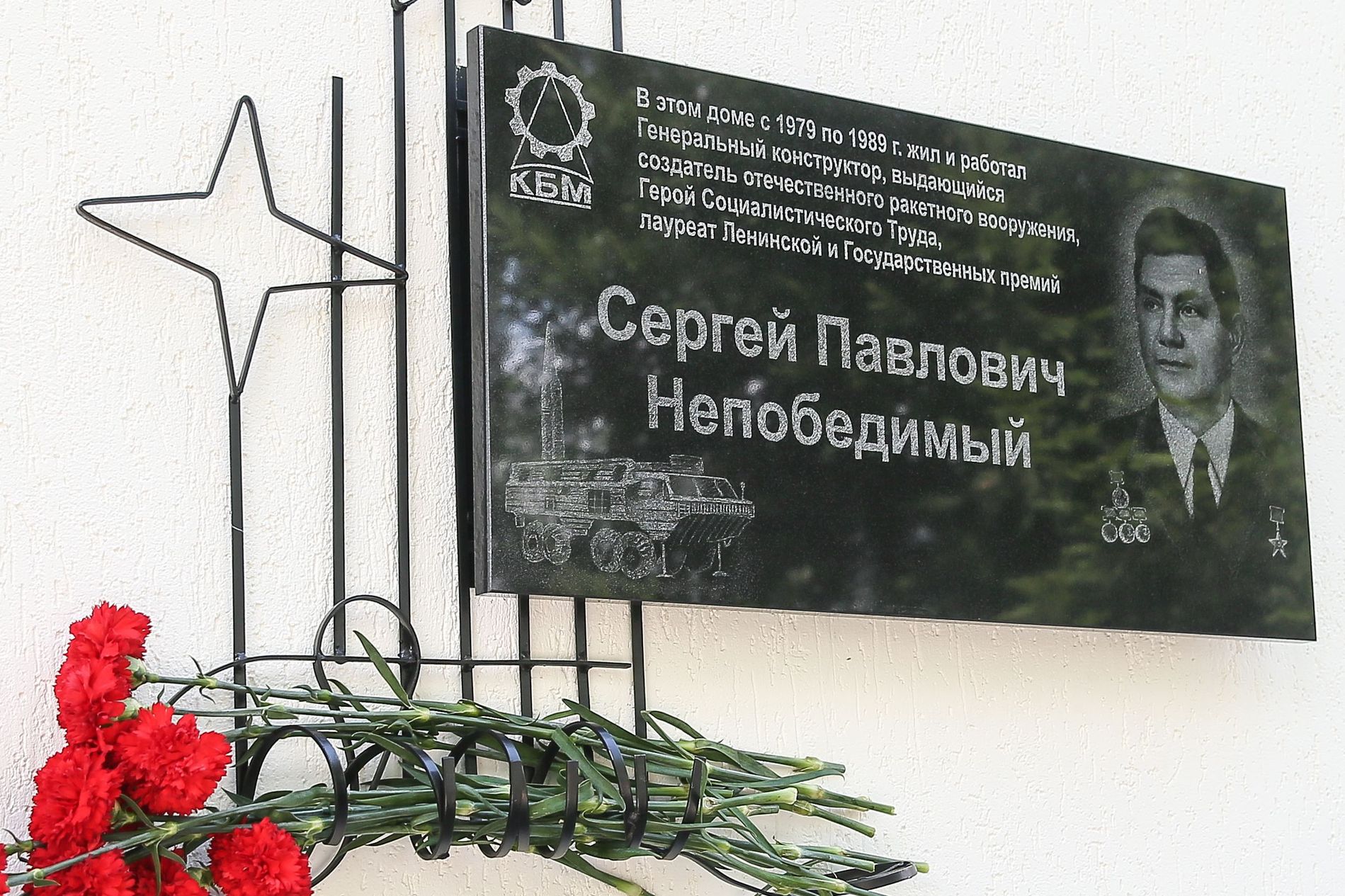 On 26 June 2016 a memorial plaque from KBM to its former legendary head and general designer Sergei P. Nepobedimy was unveiled in the city of Znamensk (Astrakhan region, territory of the 4th state central joint-service test range (GZMP)) on the KBM command post building where he stayed and worked during his visits to this place in the period from 1979 till 1989.

The memorial plaque had been manufactured by a dedicated company in Kolomna and transported to Znamensk as a precious load. The black marble plate depicts one of Nepobedimy's main brainchildren — the Oka SRBM system tested on this missile range. This test range was the place where the test facilities for KBM tactical and short-range ballistic missile systems originated and evolved. It is Nepobedimy who has to be given credit for it.

The speakers at the solemn ceremony highlighted the enormous contribution of the great person to strengthening defence capabilities of our motherland.

KBM uses its test facilities in Znamensk to continue with the development of the most advanced weapon systems. The work of Sergei P. Nepobedimy lives on in every new launch of high-precision missiles.