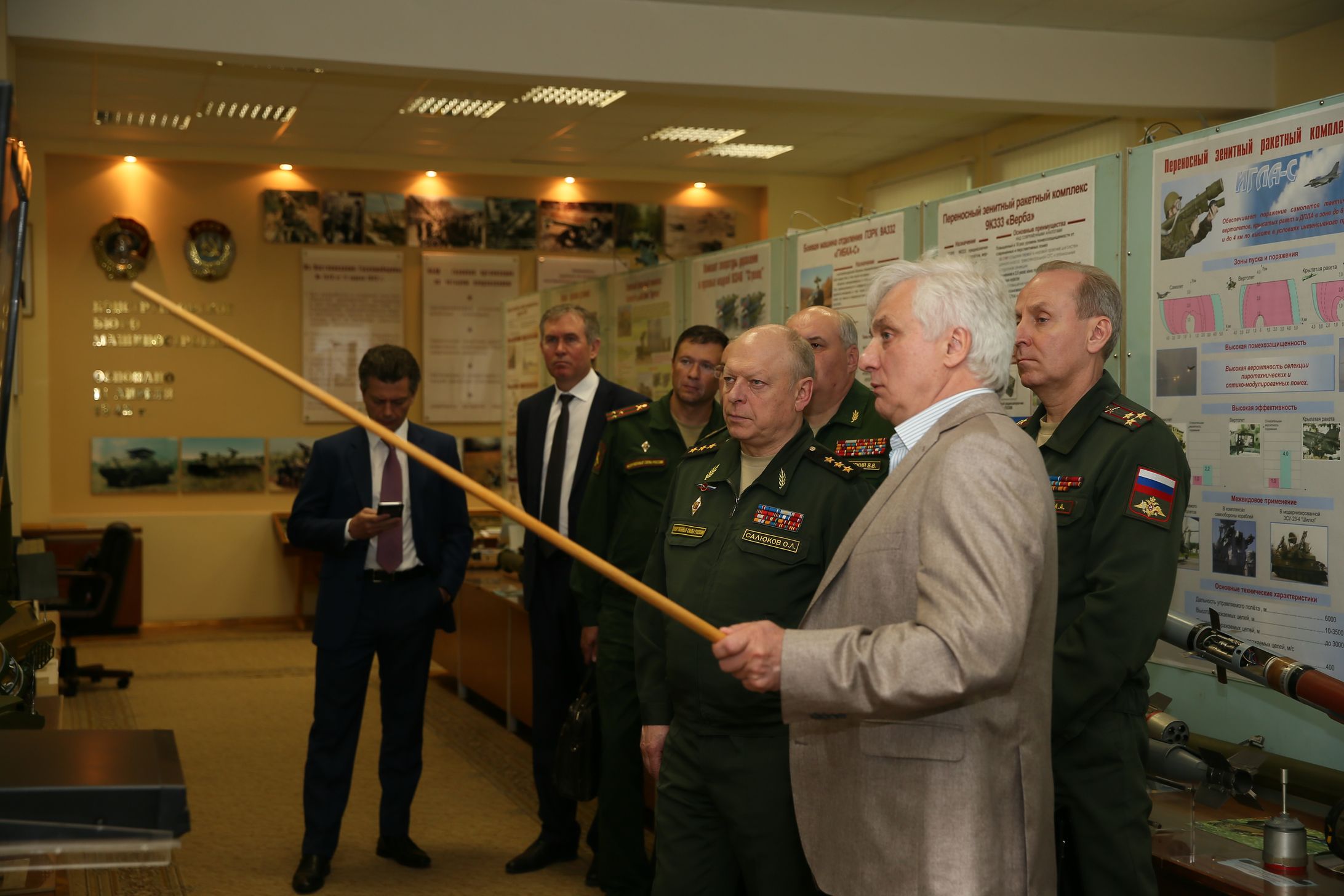 The talks conducted with Valery M. Kashin, KBM general designer, and Sergei V. Pitikov, KBM managing director, were dedicated to discussions about fulfillment of the defence state order and equipment of the Russian Army with advanced high-precision weapon systems.

Valery M. Kashin said upon completion of the meeting, “to a great degree, products of our company are intended for the Army. The staple item today is the Iskander-M short-range ballistic missile system, which is in constant upgrading to extend its capabilities. The Army also fields Tochka-U tactical missile systems, Khrizantema-S, Shturm-SM, Shturm antitank guided weapon systems, Verba, Igla-S, Igla MANPADS, and other guided missile systems. The weapon development process is continuous. Every new weapon system is countered with time by another weapon system of the opposing side. The goal is to study and understand weapon development trends, determine prospects and be one step ahead. It can be achieved only in close cooperation between servicemen and designers. This approach enabled KBM during its whole life to remain the world's leader in weapon development, its products being the best among counterparts within several decades.”