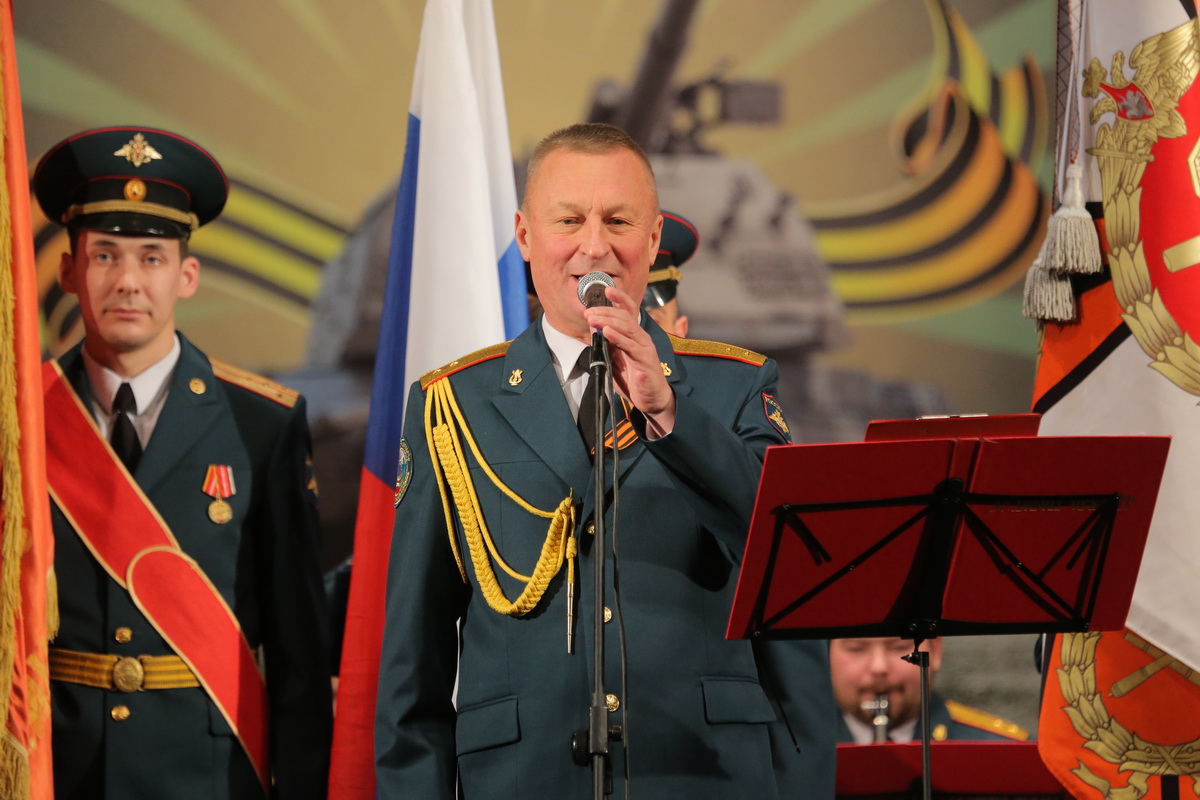 The Kolomna Palace of Culture was the venue for an evening function dedicated to the Day of missile and artillery forces. Among invited guests were representatives of KBM staff, officers of the Kolomna garrison, alumni of the artillery college. This year's celebration was shared with a team from Kolomna twin city - Molodechno of Belarus. Russians and Belarusians, Ukrainians and Moldavians — all representatives of the multinational Soviet people, shoulder to shoulder, had liberated the motherland from fascist hordes. The artillery made highly important contribution to the Victory. And the holiday established by I.V. Stalin in 1944 became nationwide favourite and respected.

The guests in the hall and as such representing all related to the formidable profession were congratulated by Colonel A.Ye. Sarakov, Kolomna garrison commander; V.V. Shuvalov, head of Kolomna city dxistrict administration; Col. Gen. N.I. Svertilov, head of the Chief missile and artillery directorate of Russia's armed forces from  2000 till 2007; V.B. Ryutin, KBM deputy managing director − HR director and others.

Col. Gen. spoke cordially about KBM. It is a man with whom our company worked many years in close liaison to create modern guided weapon systems. It was our devoted friend and wise advisor. Nikolay Ivanovich recalled his work with S.P. Nepobidimy, KBM head and general designer, expressed his thanks to KBM workers for on-schedule execution of the state defence order, that is delivery of the next due set of the Iskanedr-M SHRB missile system, adherence to traditions.

In his turn, Mr. Ryutin congratulated alumni of the artillery college on 195th anniversary of the alma mater and said in addition that more than 500 KBM employees, i.e. every seventh, is the graduate of the famous military higher institute. They are highly qualified and disciplined engineers and managers holding key posts at production and design units.

Mr. Ryutin highlighted that “it has been recently somewhat difficult to execute the state defence order because production facilities receive new equipment and some workshops are under repair. However, the tight delivery schedule is strictly observed. The company is closing the year as required and is sure to accomplish all assigned tasks in future.”

After speeches there was time for awards. Three KBM specialists were invited to walk out on the stage. M.I. Voskresenskiy, head of functional test department, was presented with the For strengthening companionship-in-arms medal, V.S. Klishin, test engineer of 1st category at test bench complex, with the  For working valour medal; S.N. Schelkunov, design engineer of 2nd category at powerplant subdepartment, with the letter of commendation from the Kolomna city district administration.

The social event ended in a holiday concert with one of the performers being the Asaloda vocal group of Molodechno.